Les Ménuires - A Resort with Something for Everyone

Situated at an altitude of 1,850 metres in the Belleville valley in the department of Savoie (73), the resort of Les Ménuires has been welcoming visitors for more than 50 years. Just 27 kilometres from Moûtiers with easy road access, it is significantly more affordable than its neighbours in the 3 Valleys and is a destination of choice for lovers of snow sports and mountain landscapes. Famous for its convivial and welcoming atmosphere, Les Ménuires is also considered a model of modernist architecture. The historic Brelin building, with its ocean liner-inspired architecture, was listed as a 20th century heritage site in 2003, and the contemporary bell tower was awarded the first prize for metallic architecture in 2000. Although originally purpose-built for skiing, the resort is reinventing itself, with development aligned with the increasing popularity of non ski activities in response to the demands of its clientele.

Les Ménuires is without doubt the resort with the widest open spaces in the 3 Valleys, offering maximum pleasure to skiers from beginners to lovers of steep, untracked technical slopes. Easy access to the world’s largest ski area is a major asset for the resort, which is a gateway to 600 kilometres of marked runs with a cumulative vertical descent of over 62,000 metres. With 85% of the pistes situated at an altitude of over 1,850 metres, snow conditions here are exceptional. Snow sports including  alpine skiing, snowboard and tobogganing, along more contemplative activities such as snowshoeing, appeal to all styles and levels, making Les Ménuires a resort with something for everyone. 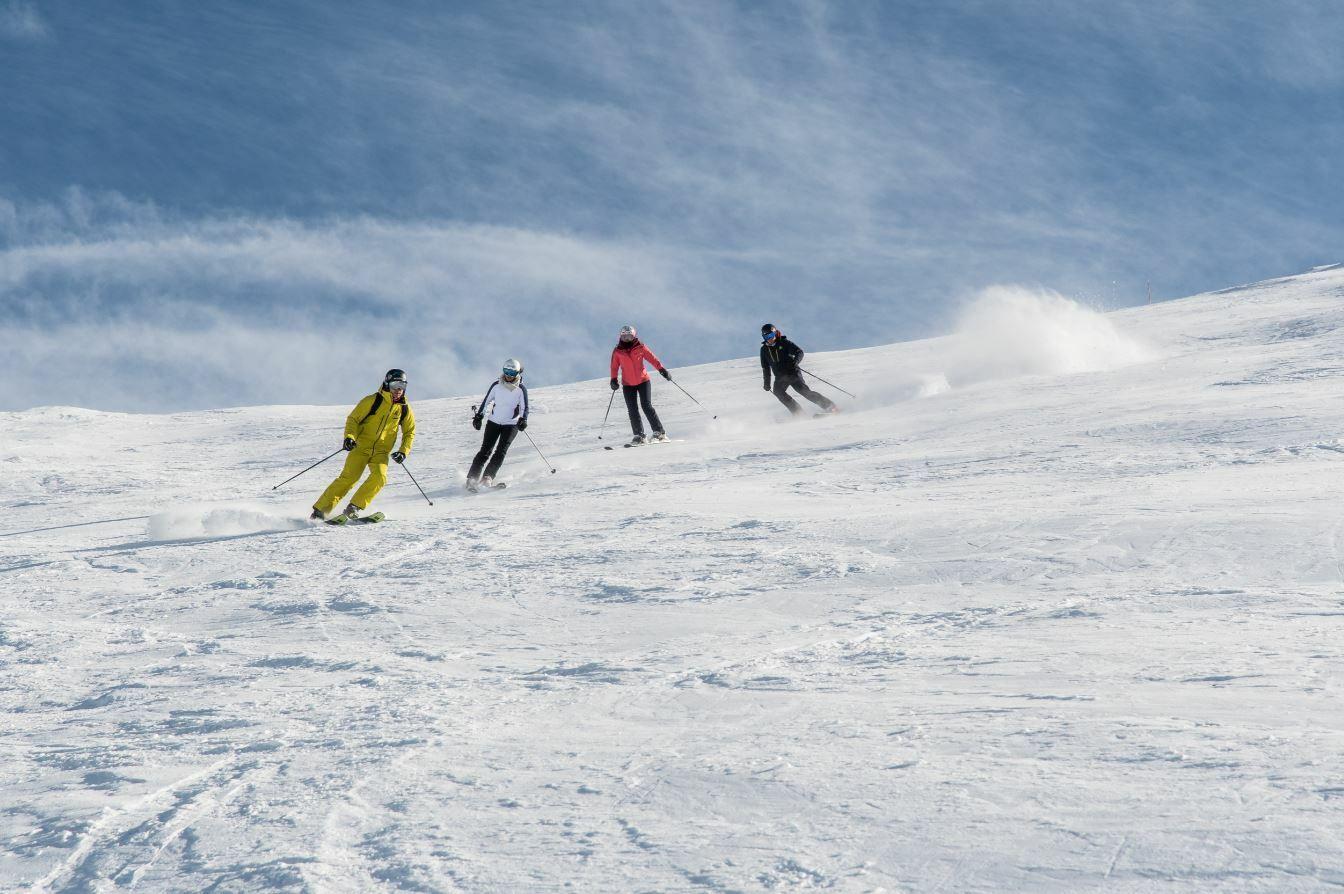 In addition to this immense mountain playground surrounded by the glaciers of the Tarentaise, the resort has 3,500 m2 aqua leisure and wellness centre located in the Bruyères quarter, with facilities  including a swimming pool, Jacuzzi, hydrotherapy and massage tables. The sports centre located at the Croisette also offers fifteen activities for non skiers. In terms of gastronomy, the resort’s attractiveness is strengthened by a number of fine restaurants run according to “bistronomic” principles and offering seasonal cuisine based on local produce, as well as refined, authentic dishes created by the resort’s top chefs. 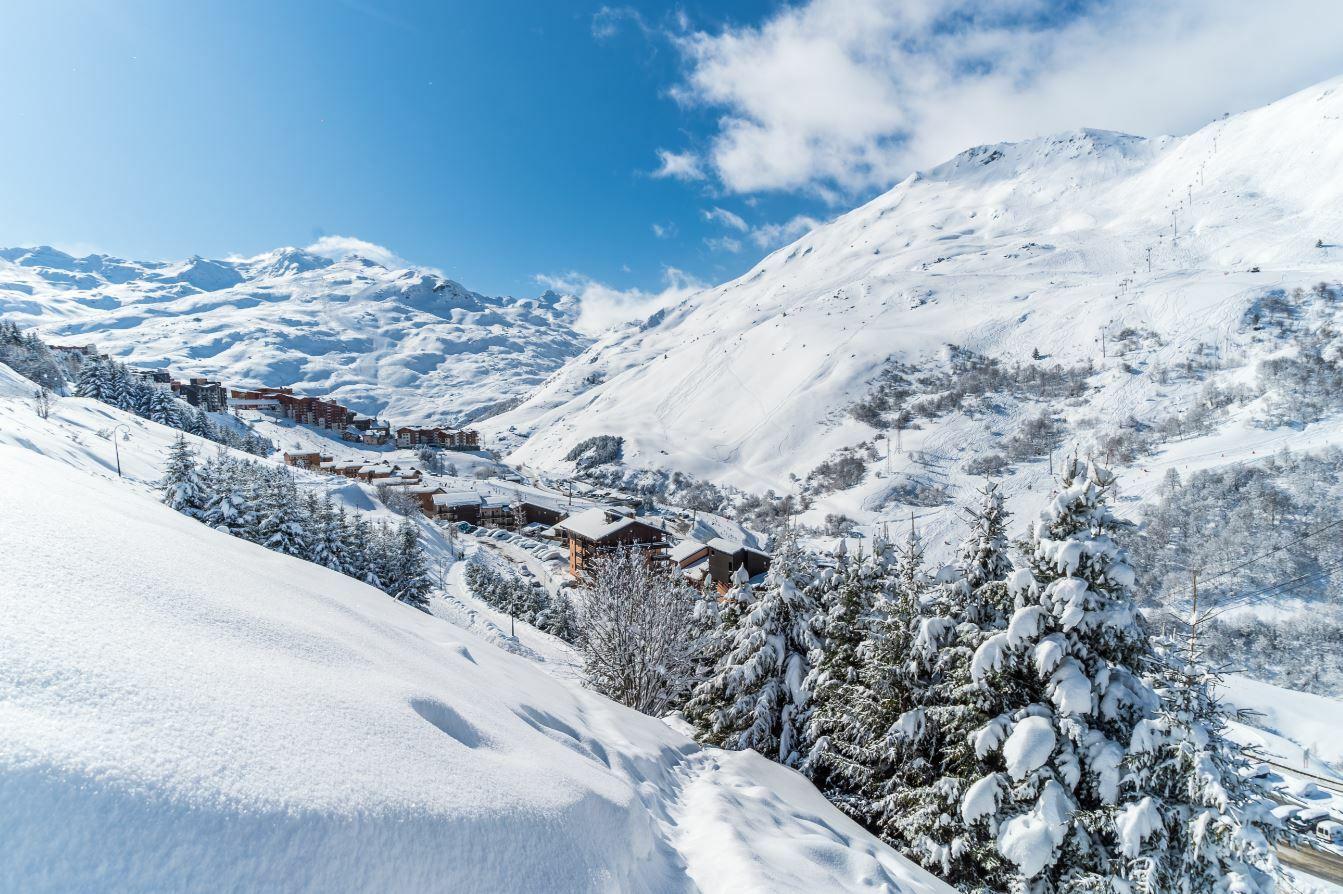 In 2013, Les Ménuires was awarded the Marque Qualité Tourisme, renewed in 2019, which recognises the quality of services available to visitors and those who work in the resort. It has also held the Famille Plus Montagne label since 2016, awarded to resorts which offer services suitable or specifically developed for families, such as kids’ ski areas, crèches and activities. Since 2019, Les Ménuires has also hosted 3 Valleys’ first comedy festival, attracting a new clientèle for a weekend dedicated to humour. 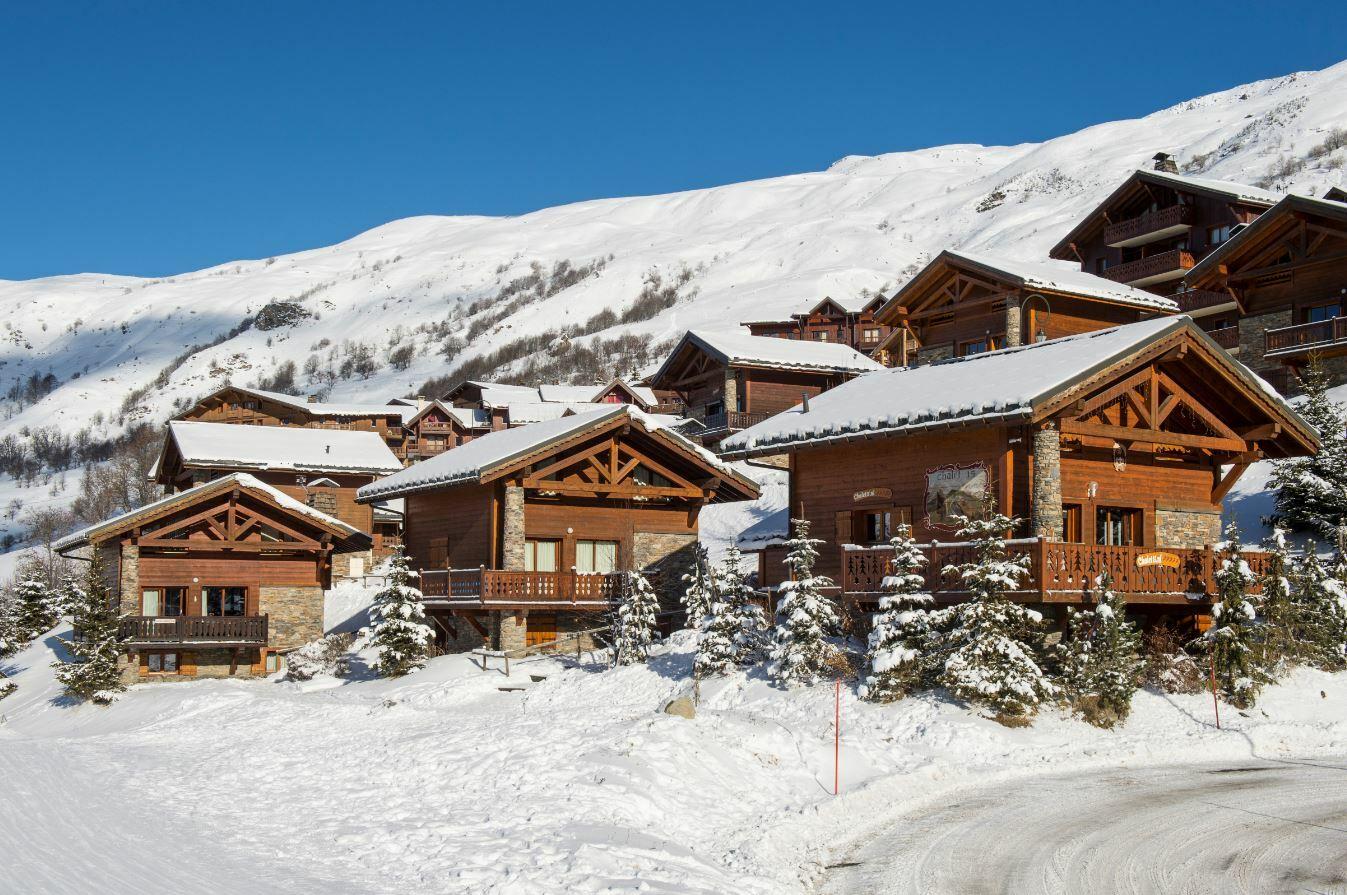 Where to Invest in Les Ménuires?

Les Ménuire’s architecture remains typical of the 1960s, with large apartment buildings built around the snow front. Nonetheless, an increasing number of luxury chalets and residences are coming onto the market, inspired by authentic, traditional architecture and constructed using fine materials such as wood and stone. The residences in the Preyerand – Brelin area embody this trend, with direct access to the pistes as well as local shops, restaurants and amenities. This area is the first stop when arriving in Les Ménuires, and investors will find properties with a south-westerly aspect that are accessible as well as affordable, with significant rental income potential. 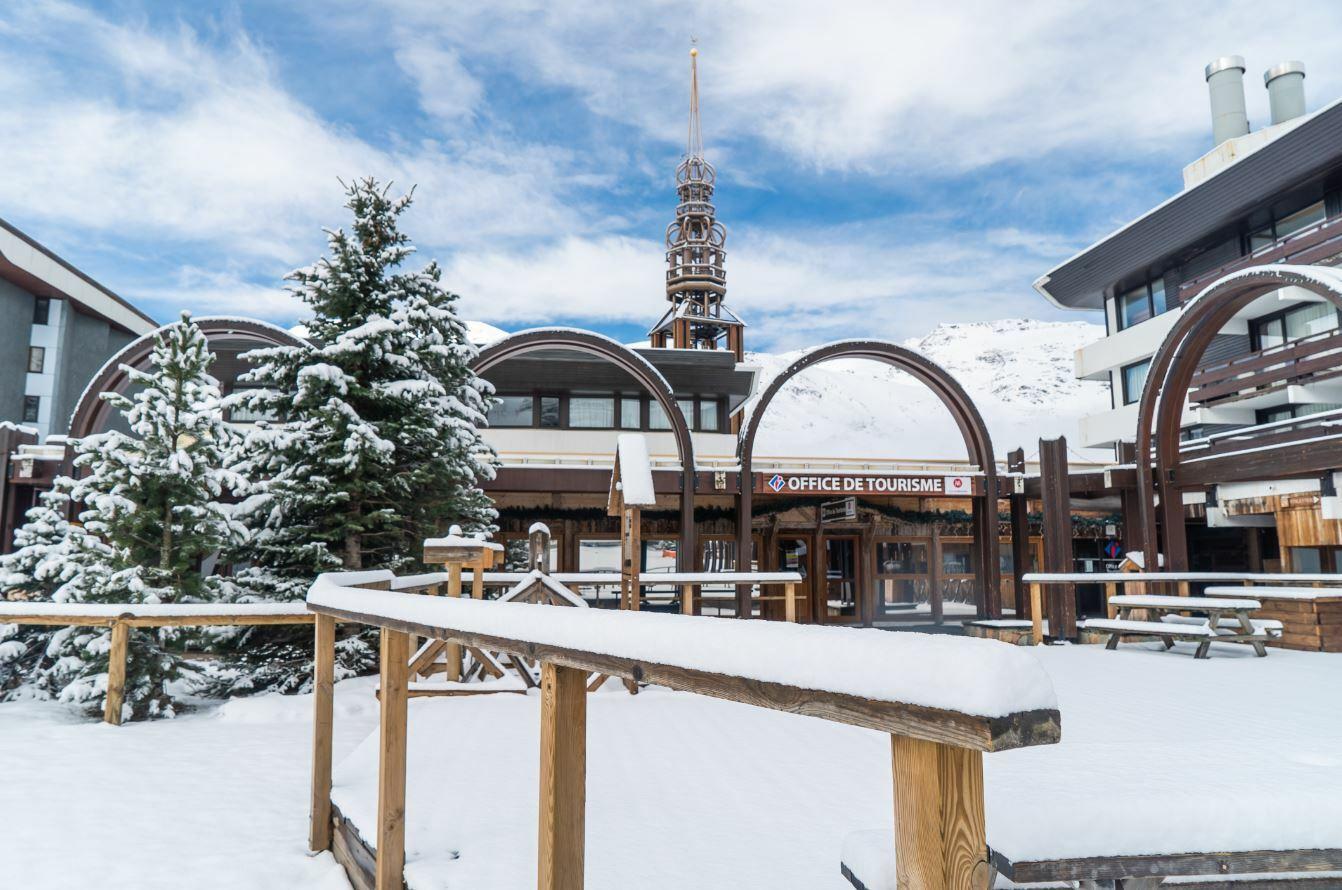 This central district is laid out in the form of an esplanade around the snow front. This is the heart of Les Ménuires, at the foot of the pistes with the tourist office, emergency services and numerous bars and restaurants to enjoy after skiing. The bus system and intra-resort pedestrian lifts provide easy access for residents of other districts to the area’s services without having to use a vehicle. Investors are primarily attracted by charming older apartments, ideal for renovation, with ski-in/ski-out access and a central location. 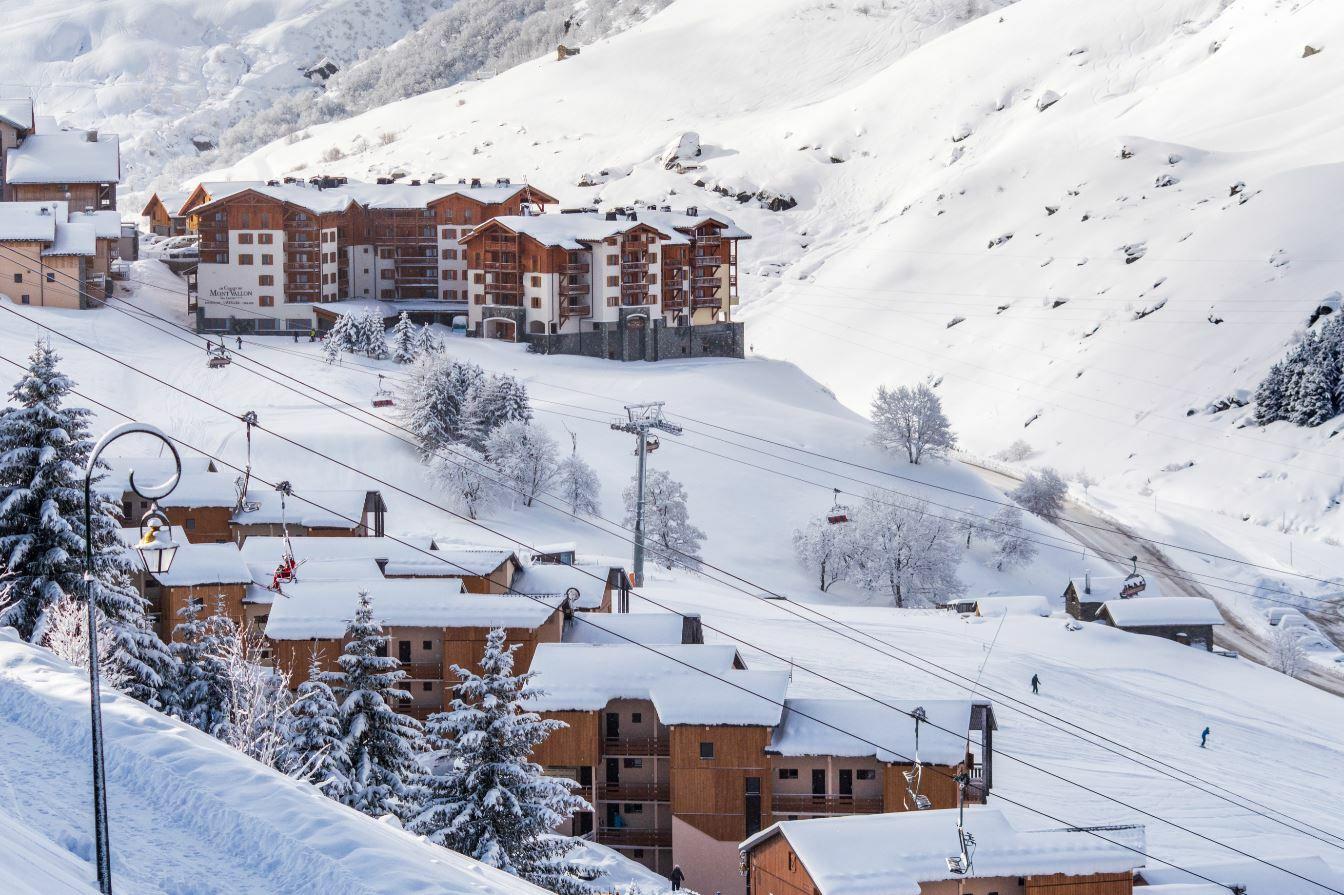 Located below Les Ménuires, this is the quietest part of the resort, with small residences of traditional architecture, not far from the cross-country ski trails and the lifts up to the La Masse sector. This part of the ski area is ideal for more experienced and playful skiers, with the Walibi Glisse snow and leisure park and its timed slalom run, boardercross course and musical challenges. The properties on offer here represent a good opportunity for buyers looking for a second home for their winter sports holidays. 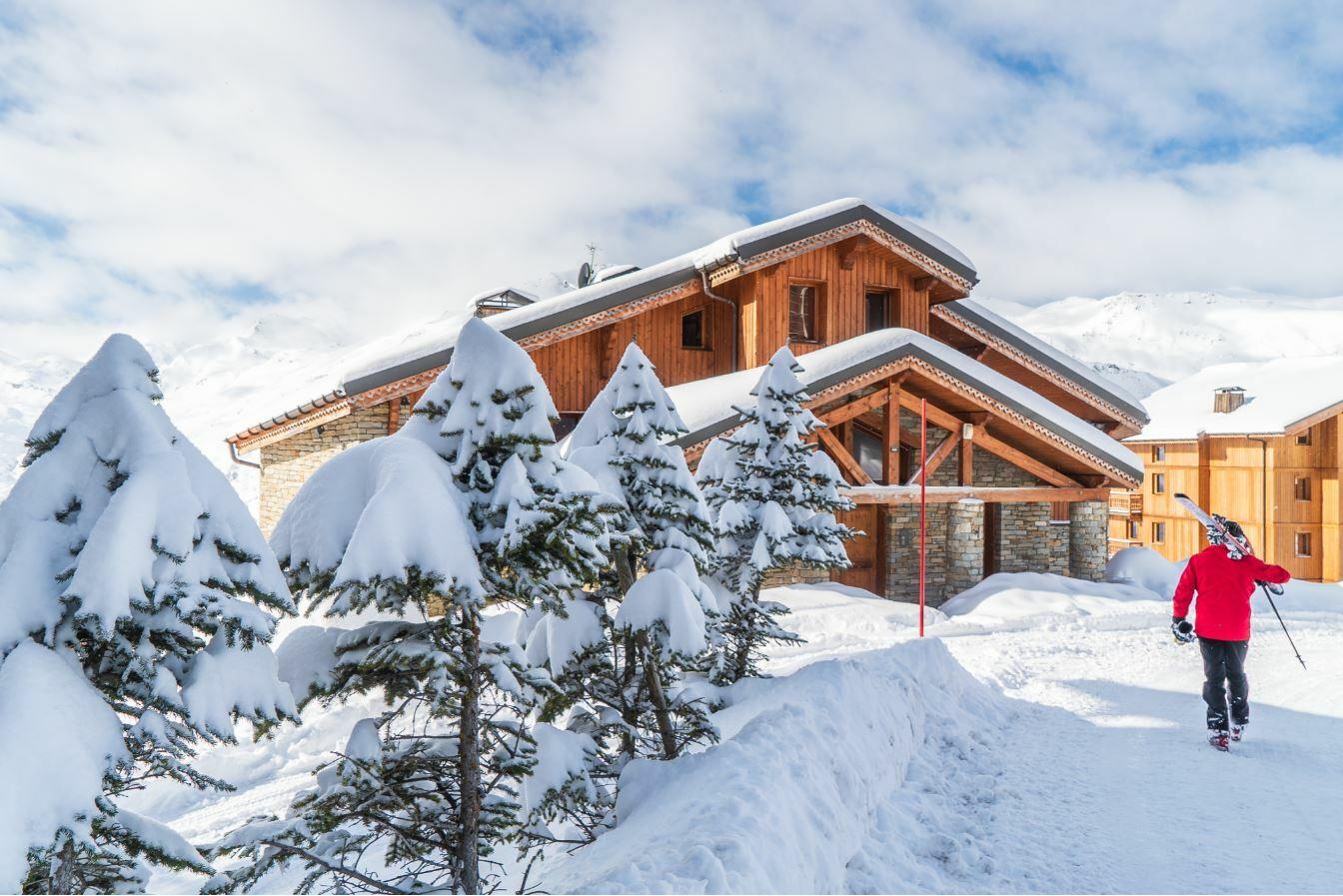 Ideally located close the the pistes and shops, this area offers fully-equipped luxury apartments and chalets arranged around pedestrian spaces that appeal to families after a day in the fresh air. Le Reberty 2000 sector, the highest part of the resort, has an excellent aspect and dramatic views of the surrounding mountains and the whole of Les Ménuires. The developments for sale in this sector are contributing to the modernisation of the resort’s architecture whilst returning to more authentic and traditional construction methods. Many properties have wellness facilities, increasing their attractiveness when placed on the rental market. 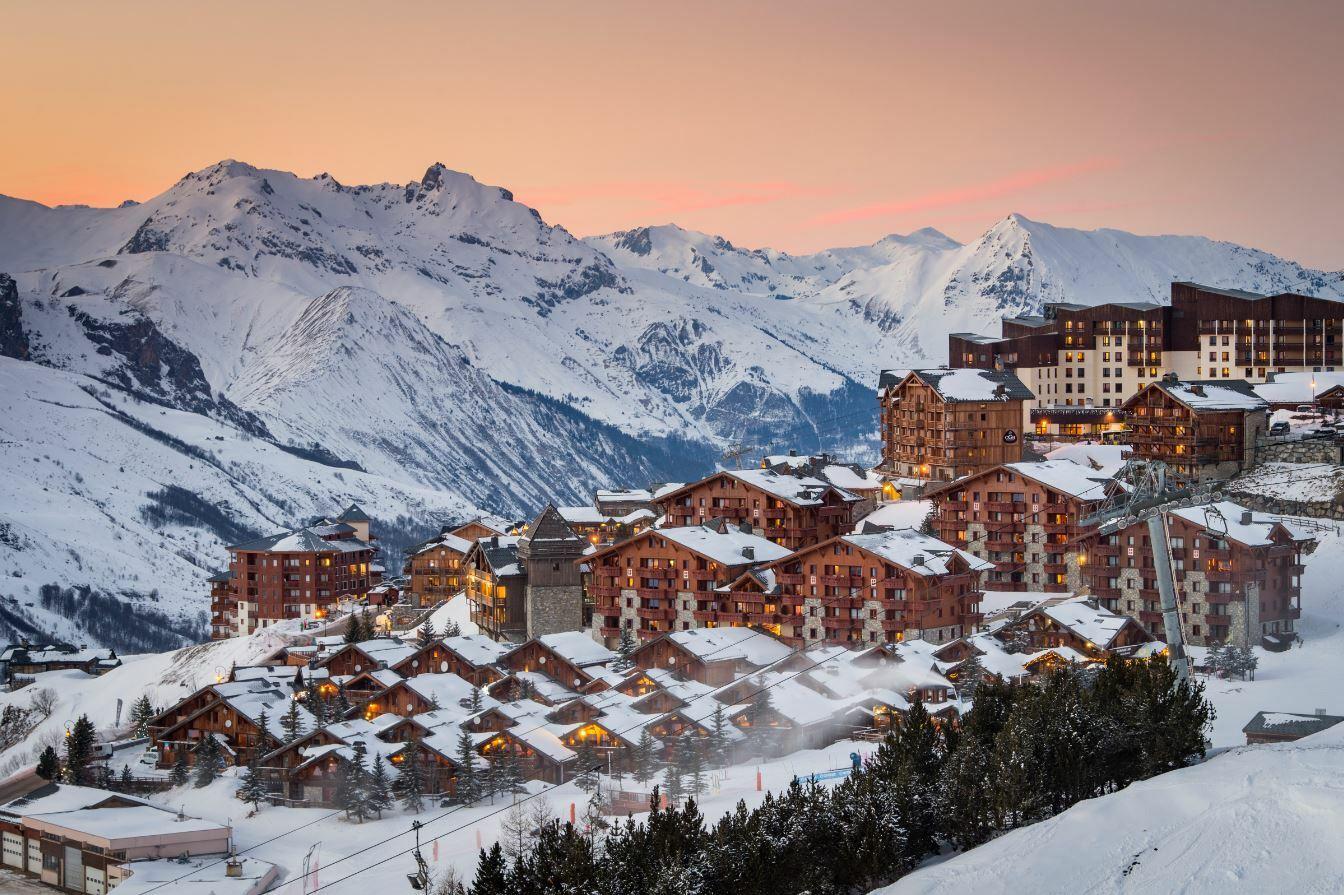 A micro-village within the resort, the development of the Bruyères quarter has been accompanied by a significant number of activities and services including a swimming pool, cinema and pedestrian area, making this an especially dynamic and attractive part of the resort. Investors will appreciate the luxury residences and chalets constructed using wood and stone scattered throughout this area. With average rental prices around 30% lower than in Courchevel, Méribel or Val Thorens, these properties appeal to a clientele favouring warmth and conviviality over a more to luxurious experience, guaranteeing good occupancy rates to owners of rental properties.

In Les Ménuires, the real estate market is following the architectural evolution of the resort, with an increasing number of luxury apartments and chalets inspired by contemporary architecture and design, moving away from the modernism of the 1960s and 1970s. The properties on offer are no longer limited solely to apartments for 6-8 people, but are instead following the trend for large interior volumes, inclusive services, and the development of well-being and leisure spaces in response to the increasing popularity of non ski activities. The resort benefits from the reputation of the 3 Valleys area, which guarantees investors good rental returns alongside prices among the most affordable in the whole of the Belleville valley.

In Les Ménuires, owners who rent their properties out can rely on the ski area’s excellent snow conditions which attract snow sports enthusiasts and families in winter, and on a mountain environment with a wide range of activities appealing to all kinds of visitor in summer. Its ideal location in the heart of the 3 Valleys offers buyers a profitable investment in a destination that is popular with French as well as an increasing number of international clients. The dedicated pedestrian lifts connecting the different parts of the resort coupled with proximity to higher-profile destinations guarantee Les Ménuires’ attractiveness over the long term, driven especially by the summer season. The development of non ski infrastructure is encouraging, and promises good investment opportunities in the warm and welcoming resort. 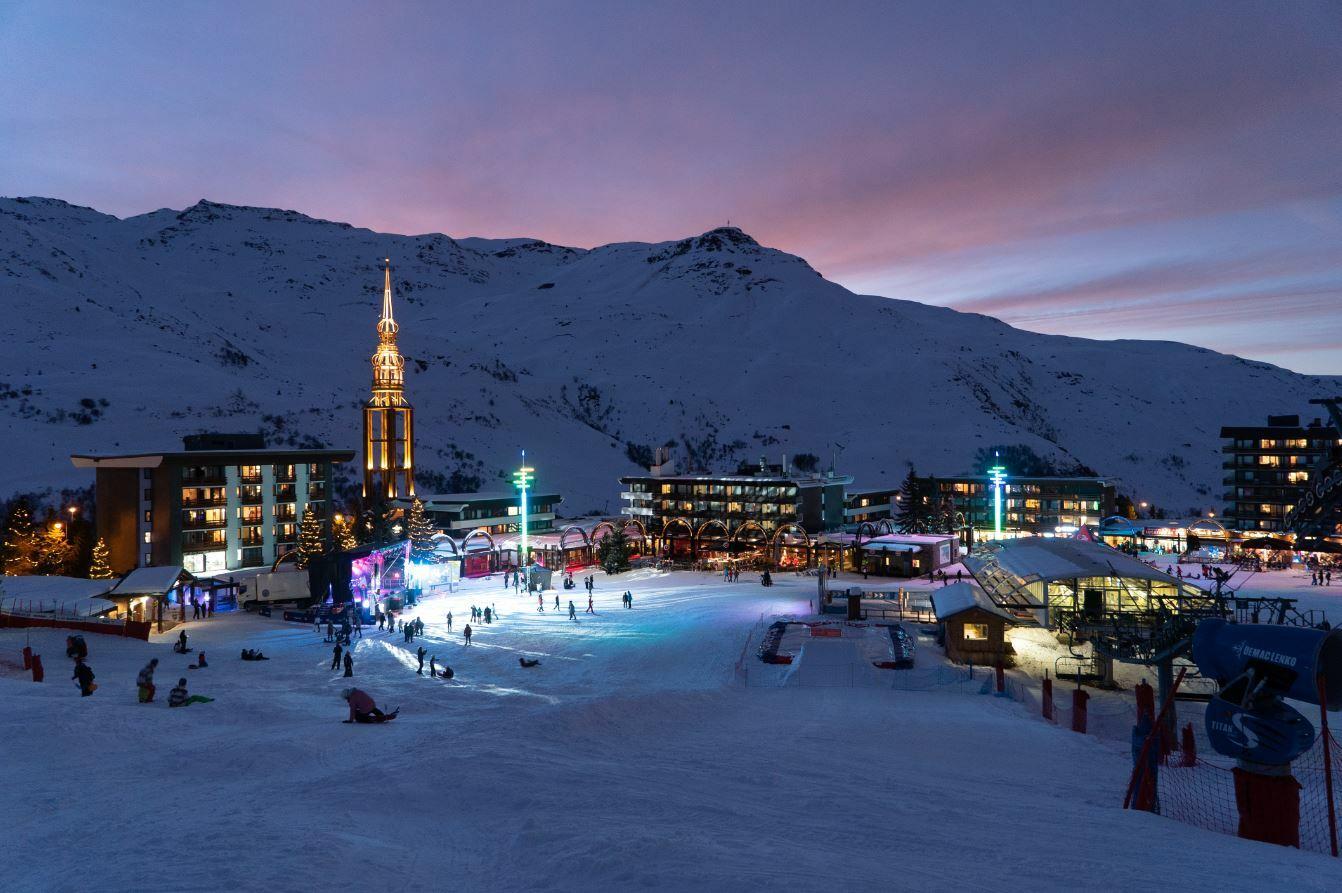 Certified customer reviews!
Our company is a member of Opinion System, the leading provider of controlled customer reviews for professionals in the service, home, consulting and liberal activities sectors, certified ISO 20252, thus guaranteeing you authentic customer testimonials.
Rather than trying to convince you to choose us, let our customers have their say. Click on the stars below to see their testimonials!
Contact us

Your request has been sent.