The Real Estate market in Megeve

The ultimate ski area in a picture-postcard setting

If there is one resort that has managed to achieve the perfect combination of tradition and modernity it is without a doubt the magnificent resort of Megève.

How could anyone resist the old-fashioned charm of its cobbled medieval streets and the traditional Savoyard architecture so characteristic of its delightful chalets? From its luxury accommodation, branded stores and designer boutiques to its traditional Savoyard restaurants, Megeve is a hotbed of everything that has helped give the Alps the reputation they enjoy today.

In addition to its picture-postcard setting and its perfect location at the heart of the Mont Blanc mountain range, Megève has also succeeded in attracting winter sports enthusiasts of all levels and abilities.

Beyond the appeal of its village centre, Megève also boasts an extraordinary ski area incorporating pistes, forests, alpine pastures and sunny terraces spread across a series of mountains. 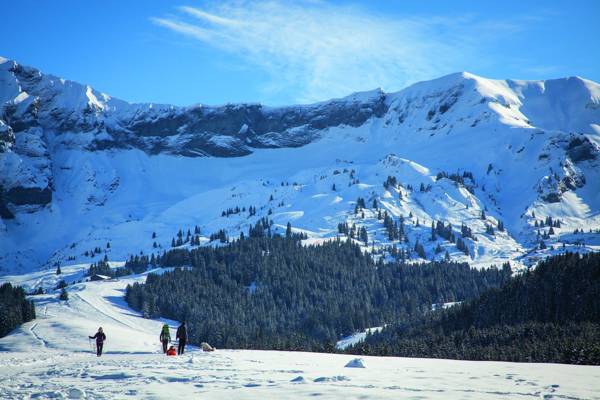 Both novices and more experienced sports enthusiasts alike are sure to find plenty to satisfy their appetite for wide open spaces and downhill slopes here.

The Megève ski area offers both gentle slopes for families looking to enjoy a spot of skiing at their own pace and the Côte 2000 run - sure to be a big hit with experienced skiers with a thirst for speed and top-quality snow.

Freestyle fans will also find what they’re looking for here with their own dedicated ride area where they can safely work on their jumps on a giant airbag.

Megève is an authentic village with a timeless charm that attracts visitors from all walks of life looking for a relaxing break in a 5* Alpine setting. 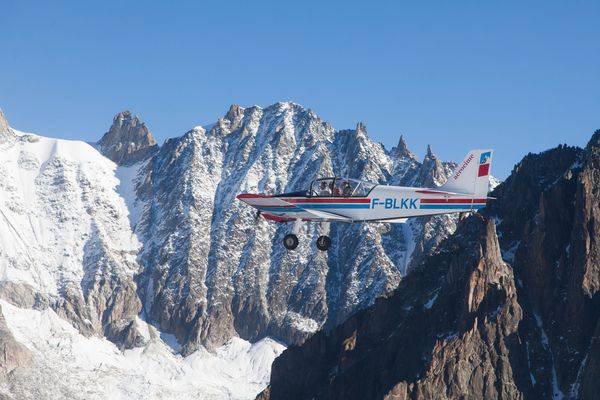 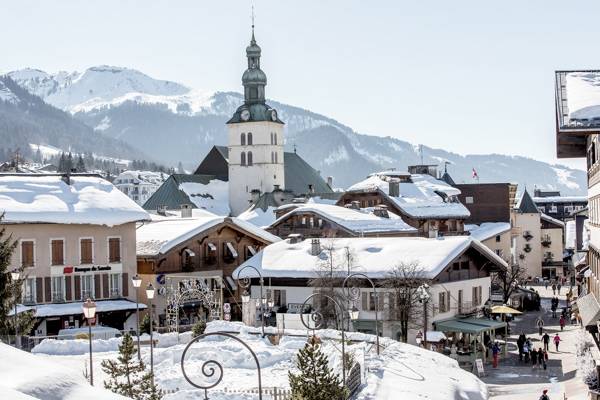 The resort of Megève is unusual in that it has a rich history as an old mountain village, the welcoming, peaceful and understated feel of which it has managed to maintain to this day. The arrival of the Rothschild family in the 1910s helped to establish this little mountain village as a chic and upmarket holiday destination.

Around 3,300 people live here all year but the resort really comes alive from the autumn half-term holidays right through to the summer, much to the delight of mountain sports enthusiasts and the tourists that flock here from all corners of the world.

Thanks to its status as a luxury resort, property prices in Megève have truly soared, to the extent that it is now one of the most sought-after resorts in the Alps, along with the likes of Courchevel, Méribel and Val d'Isère. The resort’s international reputation is enough to ensure the comfort and stability of its property market. Which means that you can invest in this 5* resort safe in the knowledge that your property is not going to lose its value; after all, this little Alpine gem is set to hold on to its status as a luxury resort, with a reputation that far exceeds the boundaries of France, for a long time to come.

Extraordinary property opportunities in all sectors of the resort

Just like its Alpine neighbours, opportunities to buy property in Megève are few and far between. Future buyers in the market have the choice between investing in a new development or opting for a Savoyard chalet combining luxury, spaciousness and the ultimate in comfort.

The centre of Megève offers opportunities to purchase luxury apartments close to all local amenities. 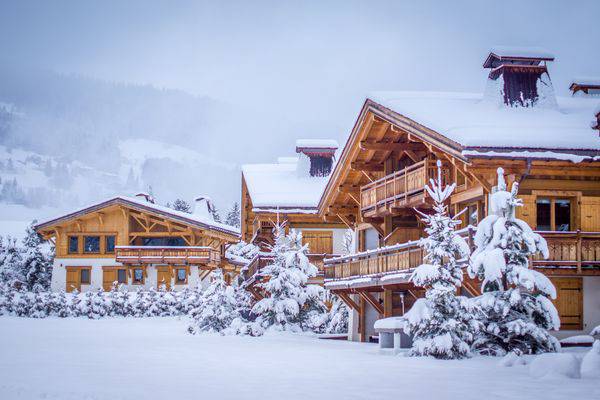 Each neighborhood its value

The Mont d'Arbois neighbourhood, meanwhile home to delightful traditional chalets and easy access to the slopes, remains the most sought-after part of the resort. It was also at the heart of this neighbourhood that the illustrious Rothschild family set up home. 18 hole golf course for the older and snow garden for the younger. nearby the Mont d'Arbois gondola.

The hamlet of La Princesse, which sits on the western face of the Mont d'Arbois mountain range, is another highly coveted spot among potential buyers looking for a property away from the hustle and bustle of the village with breath-taking views of snow-covered mountains.

The Jaillet neighbourhood is located 10 small minutes from the centre of the resort. Slightly North and overviewing the latter, it is close-by the Jaillet gondola and the Prellet chairlift. It also is a neighbourhood where there are plenty of mountain activities, whether in winter or summer, this includes but is not limited to; Ball Trap, hiking on the Tetras-Lyre and Découverte Forestière paths and also summer sledge.

Finally, the Rochebrune neighbourhood is located South due of Megève, and consist of various hamlets, including the Bouchet, Poches, Lady, Bois de Lady and Le Tour. Slightly higher in altitude than the other neighbourhoods, it permits rapid access to the ski pistes, especially when taking the Rochebrune cable car, the Grands Champs chairlift, the Caboche gondola or much higher, the Alpette chairlift. Possible activities include rock climbing, role play to discover the greenery, paragliding fauna discovery hike.

Your Cimalpes agency is on hand to help you to explore the properties it currently has available to purchase in Megève.

Take your time admiring the chalets currently available for sale in various neighborhoods around the resort.

What do all of our properties have in common? They are all very spacious, boast high-end amenities and feature tasteful décor that beautifully combines tradition and modernity.

Our chalets offer a comfortable amount of living space ranging from 200m2 to 600 sq.m, meaning that you will have no trouble accommodating family and friends for a simply unforgettable mountain break.

Come and sample the countless delights that the resort has to offer and consider investing in one of our exceptional properties. 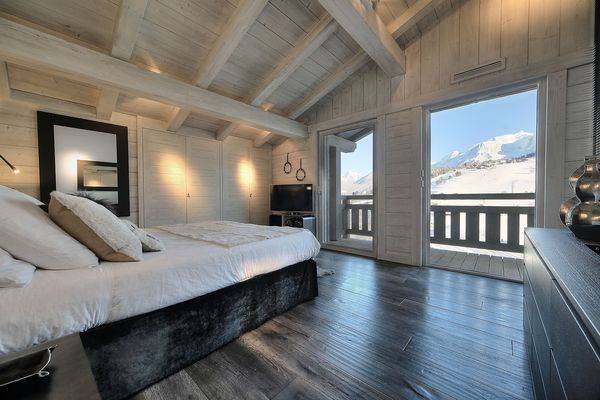 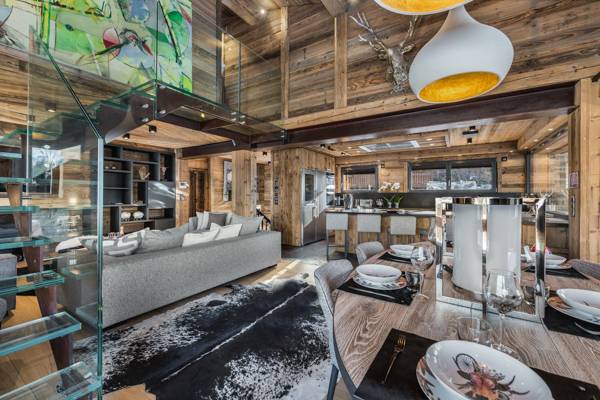 A magical break at the heart of the Alps

Fancy treating yourself to an extraordinary experience here in the Alpine jewel that is the resort of Megève? Our Cimalpes agency is here to show you the properties we currently have available to rent and is offering the exclusive opportunity to rent the exceptional Chalet Thanasis, in the resort’s Jaillet neighbourhood.

The Lamartine chalet located in the centre of Megève is one of the exceptional rental opportunities that our agency offers you exclusively. This is a recently built chalet in the heart of Megève, close to the Chamois gondola. A real gem of design in a traditional setting, this property is called Chalet Prestige.

Chalet Indigo, located in the Mont d’Arbois neighbourhood, meanwhile, offers no fewer than 700m2 of comfortable living space, complete with high-end amenities. Yet another marvel in our rental offering, Chalet des Sens combines luxury, style and comfort in almost 900m2 of living space.

Does the idea of a unique experience in an extraordinary setting at the foot of the Mont Blanc mountain range, surrounded by friends and family, appeal to you? Then look no further - you’re sure to find what you’re looking for in our selection of rental properties.

Certified customer reviews!
Our company is a member of Opinion System, the leading provider of controlled customer reviews for professionals in the service, home, consulting and liberal activities sectors, certified ISO 20252, thus guaranteeing you authentic customer testimonials.
Rather than trying to convince you to choose us, let our customers have their say. Click on the stars below to see their testimonials!
Contact us

Your request has been sent.